Anton’s at the Swan 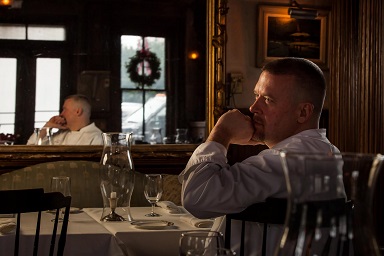 Chris Connors, the owner and chef at Anton’s at the Swan, has 35 years of professional experience, beginning with an apprenticeship in classical French cuisine. He trained under French Master Chef Bernard Hermann at the Carlyle restaurant in Houston, Texas.

"This served as my formal education and opened doors to some of New Jersey’s best restaurants," Chris says. "I learned a great deal about cooking the French way, the importance of quality ingredients and treating my coworkers with respect."

Connors previously worked as a chef at the Frenchtown Inn, continuing his education in French cuisine under chef Robert Long, and rose to the rank of Chef de Cuisine in his award-winning restaurant. "This was my first exposure to the bounty of Hunterdon and Bucks county farms," he says.

He was a chef for four years at Doris and Ed’s, in Highlands, N.J., a perennially recognized seafood restaurant that won numerous awards from NJ Monthly, including Best Restaurant in Central NJ. Chris also worked as a chef at the Peacock Inn in Princeton, N.J.

Chris bought Anton’s at the Swan in September 2001. "I like the location for its proximity to farms in Hunterdon, Mercer and Bucks counties," he says. I have been cooking farm to table going back to the late 1980’s before that phrase was even part of our vernacular."

Anton’s at the Swan has been recognized by numerous publications, including NJ Monthly, Bucks County magazine, Princeton Magazine and The Star-Ledger. It has also been awarded the Certificate of Excellence from Trip Advisor for several consecutive years.

A longtime resident of Lambertville, and active in the community, Chris lives in town with his wife, Ursula, and their two sons.